Welcome to this weeks rumor roundup. I've got a lot of exciting rumors for everyone including leaked information about the Playstation 4, a new 360 model called the Lite, and leaked Black Ops 2 details.

[Also, check out drawception for a good laugh]

Playstation 4
It is no rumor that Sony will be releasing the next Playstation within the next few years but a Kotaku Source says that we will be getting codename "Orbis" by Holiday 2013. For those of you unfamiliar with latin, Orbis means "orbit" or "circle". Combine that with the recently released Vita, you have "Orbis Vita" or "Circle Life". Circle of Life anyone? Whether this means the two devices will be married in their capabilities is unclear, but it makes sense. 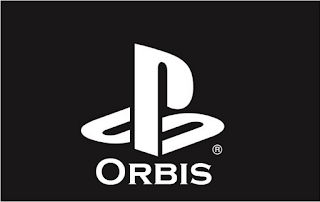 The CPU was expected but the GPU is extremely interesting. The Southern Island GPUs are AMD's high end cards from 2012. With a card like that you can expect resolutions up to 4k. This does not mean that every game will be released running at 4k (just look how many PS3 games actually run at 1080p) but it DOES mean that we can expect every Orbis game to run at full 1080p even in 3D.

The bad news is that with those chips you can throw backwards compatibility with PS3 games out the window. It would take a lot of time and processing power to create an emulator, which Sony would have to do, without the Cell Processor onboard.

The good news from this is that you can expect the Orbis to be much cheaper at launch than the PS3 was. No new Blu-ray drive (most likely will still have one but they are much cheaper now than when the PS3 launched), no backwards compatibility, and no R&D costs on the processor.


Xbox 360 Lite
Coming straight from Microsoft rumor king MSNerd:
"My understanding is that we'll see a Xbox device in late 2013 which does Arcade-style games & all the current & future media apps with Kinect (with near-mode). It will be an ARM-based platform price-competitive with the Apple TV (if you own a Kinect already)"

What this means:
This 360 Lite will essentially be a cheap (~$100), entry level model used only for media apps and arcade downloads; there will be no disc drive. This rumor fits in with all the previous rumors about Microsoft ditching the disc drive for their next xbox. This also places the Xbox 720 at a Holiday 2013-2014 release date.

If the above Playstation Orbis rumor turns out to be true, I expect Microsoft to release their console alongside Sony as to not give them a year head-start.


Black Ops 2 Details
This information is coming from a pulled post from the official Black Ops forum.


A lot of information there.

Be sure to check back next week for more rumors and more content on All Things Gaming.