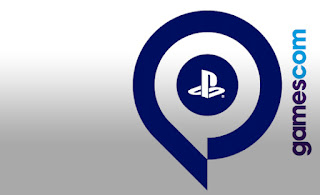 How nice of Germany and Sony to get together and say, "Hey, lets announce a ton of sweet games on Jon's Birthday?" *Happy Birthday to me!* It may not be because of me, but either way, I've got a ton of trailers and announcements, including a world premiere trailer of Black Ops Declassified and a brand spanking new The Last of Us trailer, from Sony after the break.

The folks at Media Molecule are creative geniuses. Little Big Planet is one of the most unique games this generation and their new project, Tearaway, seems to be harnessing all those creative juices into a 3D adventure game. Using your godly powers, work together with Iota to complete his unique special delivery to the most important person in the world: yourself. Every player will have a unique message!

The folks at Nihilistic Software (Resistance Burning Skies) will be the team behind Declassified. The single-player campaign features covert missions which help fill in story gaps between Black Ops and upcoming Black Ops 2. Multiplayer will be the complete experience (if you consider 4v4 matches, team deathmatch, kill confirmed, and drop zone a complete experience) featuring Create-a-Class, Perks, and Prestiges.

The Last of Us

A new trailer for The Last of Us featuring some old and new footage. Gritty, real, and what looks like to be one hell of a game.

Interested in a new take on Killzone designed specifically for the PlayStation Vita, running the same engine as Killzone 3? Look no further. Killzone: Mercenary is a fresh perspective on the franchise. Players will fight alongside Helghast and the ISA as they take on contracts to earn new weapons and cash.

PlayStation All-Stars has three new confirmed characters from gamescom: Ratchet & Clank, Spike, Dante, and Sackboy. Also, something really exciting, if you purchase the PS3 version of the game either digitally or at retail, you will receive the Vita version free of charge!

Interested in a reason to dust off your PlayStation Move Controller? Until Dawn aims to bring the Teen Horror genre to gaming; friends, sex, cabin in the woods, no power, snowstorm, and throw a killer in there. Until Dawn aims to use the Move controller in natural ways to really engulf the players in the horror.

PlayStation Plus
God of War: Ascension will receive a Multiplayer Beta later this year.