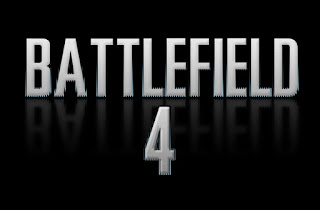 Before I jump into things... This is a RUMOR.

Anyways, we've got a big list of RUMORed facts about Battlefield 4. Everything from a release date of October 23, 2013, next and current gen console support, and 60fps with 64 person battles. Check out the whole list after the break.

To get in the Beta, pick up Medal of Honor: Warfighter (FREE RENTAL DOES NOT INCLUDE BETA ACCESS)

- it will be on the big 3 current gen systems as well as next gen platforms (only sony and M$, as well as pc)

- commander role in MP will return with new tools and abilities

- battlelog will be tied to the game

- game will support video recording with internal replay system this might be in box or via dlc.. thats unclear or if its universal paltform inclusion

- currently there are three factions: USA, Russia, and China!!

- exp system will be again present

Lasgana: Coming October 23rd, 2013
Lasgana: development just started, expected to be done in 1 yr [Nirolak's Note: Since this is the one likely to elicit the most "this is fake" notes, I feel I should elaborate. Given some later points (like already have an internal demo), this seems to refer to EA's normal two year development cycle of a one year pre-production cycle with ~30-40 people and then ballooning up to 150-300 people to make the game after most things are prototyped and planned out. Visceral, BioWare, and a fair number of publishers outside EA also operate this way since it allows you to have multiple projects without cyclical layoffs due to scaling down in pre-production and scaling up in production. For example, during the downtime between Bad Company 2 and Battlefield 3, DICE's spare staff worked on making Medal of Honor's multiplayer and helping to build Need For Speed: Hot Pursuit. As to what the bulk of DICE's staff worked on prior to this going into production, it's probably either a second project or, once again, other EA games.]
Lasgana: will be on pc, ps3, xbox360 and next gen consoles
Lasgana: will be one of the first games for next gen consoles
Lasgana: commander system comes back
Lasgana: profile can be linked with other devices like ipad
Lasgana: auto login, need internet all time, support cloud saves
Lasgana: easier to pickup the game, to take care of players from CoD
Lasgana: support body and voice control for this commander system
Lasgana: better battlelog integration and better stats reporting
Lasgana: supports video playback and sharing
Lasgana: have gem store for dlc and other stuff like that
Lasgana: 3 factions: russia, usa and china
Lasgana: can deploy female soliders
Lasgana: frostbite 2.0 engine
Lasgana: pc, ps4 and xbox 720 supports 64 player maps
Lasgana: 360 and ps3 will be less
Lasgana: pc, ps4 and 720 will provide 60 fps
Lasgana: already have a demo video internally within EA,
Lasgana: matching the quality of BF3 already
Lasgana: bf4 will use 80% of power of frostbite 2, wheras bf3 only 30-40%
Lasgana: modern background
Lasgana: i mean story background


Well, what do you think? I'm not a big fan of the one year development cycle. Even Call of Duty has a two year cycle by switching developers. Rushing into Battlefield 4 could be a big, unfinished and bug ridden, mistake. The rest looks fantastic: 64 players at 60fps on console? Hurray for being comparative to PCs.