Welcome to the first "What We're Playing"! Let us know what you're playing, what your opinions are, and what you think we should check out in the comments below.

What Jon is Playing:

Hey Everyone, over the past week I got a ton of game time in. I re-upped my Playstation+ subscription in order to jump into the Ghost Recon Future Solider Beta and grab Shank 2 along with Need for Speed Shift 2 Unleashed.

I got a few hours into the Ghost Recon Future Soldier Beta and could tell, although extremely glitchy, that it is turning out to be a great game. We will have a full preview for the game up soon so I wont go too in depth. Overall, any fan of either Ghost Recon or SOCOM will love Future Soldier. The cover system works fluidly while also feeling cinematic. There are plenty of guns and the customization options dont just look amazing they also work great. The game is just a beta so there will be plenty of bugs and glitches so be sure to go in with an open mind. Just look how drastically Battlefield 3 has improved from beta to launch.

I downloaded Shank 2 with my PS+ subscription and beat it in one sitting. If you are an arcade buff, for $10 you really cant go wrong. The game is beautiful, controls wonderfully, and is quite the challenge on hard mode. You will progress through eight levels in an attempt to rescue the damsel in distress from the corrupt military dictator. There is barely a storyline but it was expected. Shank 2 is not a game that would require a serious story as it would only distract from the grindhouse action flik feel. There is a splitscreen and online multiplayer mode in which you and a friend have to protect three ammo supplies from enemy engineers. I have yet to play with two people (I played solo for a bit) but it did seem like a pretty fun mode for short bursts of gameplay. Oh, and if you care, Shank 2 allows for custom soundtracks. Overall, I enjoyed Shank 2 but dont know if I could recommend it for $10 or 800 MSP unless you love arcade games. 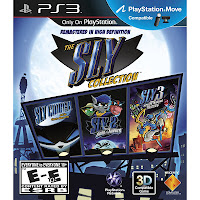 I finally finished off Sly Cooper since I re-upped my PS+ subscription. I loved every moment from the game, although it was easy in parts. It was a refreshing change of pace from the usual blood and gore, shooting, and fighting games I play. Every now and then a game like Sly Cooper reminds me about a side of gaming that I often forget and one everyone should remember. Games are meant to be fun and Sly was exactly that. I felt like a kid again playing through a game that has definitely stood tall through the test of time. If you missed the first run of Sly on the PS2, dont pass up the opportunity to try it now.

A few weeks ago I picked up Duke Nukem Forever from Gamestop for $6 or so. People have been hating on the game since release so I figured it was about time I got to see what all the fuss was about. The game took a while to get going but once it did, I really had no complaints. The controls felt solid, the guns packed a punch (although you could only carry two at a time), and the Duke's humor remained intact. Perhaps it is because I went in expecting nothing, but I really did enjoy the game. DNF felt like a homage to the original and never took itself too seriously. There were modern puns throughout the game like the Christian Bale freakout, Master Chiefs power armor, and more. Overall, the experience was fun and well worth the $6.

As for this next week, I plan on putting some more time into Dante's Inferno, Need for Speed, Ghost Recon Online and Future Soldier, Tribes Ascend, Blacklight Retribution, and maybe a surprise game.

What Mike is Playing: 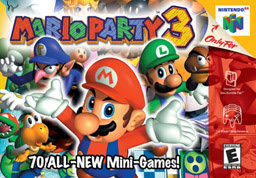 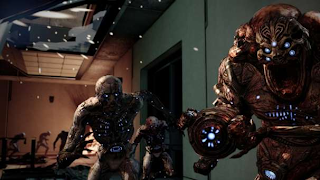 I'll speed by Mass Effect 3 because I wrote this a little while ago about the Resurgence DLC. I also wont say much about Diabolical Pitch because within the day I should have an entire article up about it. So I'll jump right to Ghost Recon Future Soldier.

I want to start by saying that I've never been a big fan of Ghost Recon games, not because I didn't like them but they never interested me. The other day I got an email saying that because I had bought Splinter Cell: Conviction when it first came out, I now have access to the Ghost Recon Future Soldier multiplayer Beta, sweet! 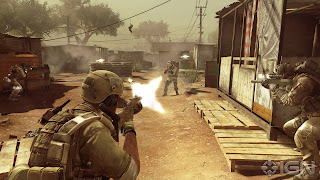 The very first thing I noticed when I playing is how realistic the character moves. He doesn't just fall off something and keep walking like normal, he slides off as if it was real. This is honestly my favorite part about this game because it kind of has a different feel when your character moves like a real person instead of a robot soldier or something. I don't want to talk too much because a full article will be released sometime this week but lets just say that for someone who had never played a Ghost Recon game before, Future Soldier was a wonderful first impression. 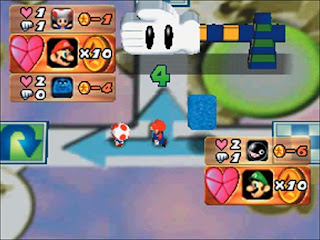 And now the game you've all been waiting for, Mario Party 3!!!! This year for Christmas my girlfriend got me a Nintendo 64 (I lost mine many years ago) and I play it at least three times a week; usually Mario Party games, Super Smash Bros. or Mario Kart. Well, recently I found out that there is a Waluigi board in Mario Party 3 and I now have the ultimate goal of unlocking it. For the first time I'm playing the story mode in Mario Party 3. That means that this is the first time I have ever played the duel maps. These maps are awesome! For anyone that doesn't know, the duel maps give you a partner (Goomba, Boo, Thwomp etc.) and you have to work your way around the board attacking or defending with your partner with the goal of depleting your opponents health. 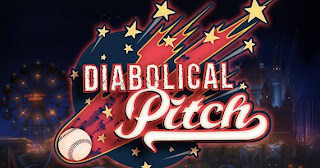 Well that's it for this week. Next week is Finals week at my college so I don't know how much gaming I'll be doing but I'm planning on playing some more Ghost Recon and Diabolical Pitch, as well as some Borderlands just for fun. As for jumping back in time I think I might stick to my favorite developer and start playing Killer 7 again.

What about you, what's on your gaming agenda?

Email ThisBlogThis!Share to TwitterShare to FacebookShare to Pinterest
Labels: whatweplay