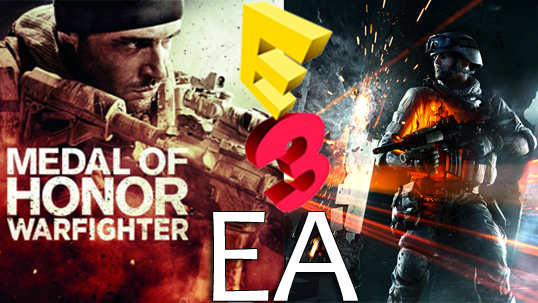 Trailer featuring Isaac and a female companion named Ellie. While entering the planet's atmosphere, your planet rips in two, separating you and Ellie. The rest of the trailer hints that Dead Space 3 will take place on an entire planet instead of just space ships and stations. The atmospheres shown are snowy or mountainous. It is unclear how suspensful the game will be as some of the biggest thrills of the first two came from the tight environments.

Dead Space 3 will feature drop-in/drop-out co-op. The necromoprhs in the demo are giant, along the scale of Lost Planet. The trailer ends with Isaac and partner being digested by the necromorph, "They won't be coming out the same way they went in".

Powered by a new "Infinity Engine" which will run real-time physics to the game. "No two plays will ever look or feel the same". The engine takes into account mass, speed, and momentum eliminating all pre-determined outcomes. Tackling is now dynamic, meaning that you completely control the tackle beyond the button press.

Connected Career mode will deliver deep gameplay progression, a dynamic story line, and social integration. Create and join leagues with up to 32 other players or as management. Earn experience to upgrade abilities in order to drive up field performance with the ultimate goal of making it to the hall of fame. At any point, you can retire to start a new character without starting a new league. A virtual twitter feed is present further increasing the reality of Madden.

Tablets, smart phones, and PCs can be used for league management at any time.

Coming in the next few weeks.

"This game will revolutionize simulation with our new GlassBox engine".
The game will feature multiplayer through the addition of "airports" allowing for interaction with peers. "Your gameplay choices affect not only the Sims in your city, but also all the cities surrounding you".

There is a ton of detail in the SimCity world. People, buidlings, environments, and the new negative interactions the city and people have look spectacular.

Armored Kill: All-Out vehicle warfare. Aftermath will be set in a city destroyed by an earthquake. End Game will feature motorcycles.
PS3 fans that pick up Premium will be able to play Close Quarters RIGHT NOW with Xbox and PC coming next week.

Starting in July, new players will be able to play until level 15 for free.

"Every single mission in this game has a dotted line to a real event".
Gameplay Demo of an assault on a Somalia Pirate stronghold.
The game will be running on Frostbyte 2 and it is very evident. As the assault on the beach progresses, pieces of wood, stone, and sand fly through the air around as the soldier make their way into the city ruins. When approaching a door to breach, our squad can choose how to break through: the player in the demo chose to shoot the doorknob with a shotgun and to finish those inside off with his machine gun.

On the other side of the door, an airstrike is called on a sniper in the neighboring building. When the missiles hit, the building begins to crumble, filling the room with dust and debris. The demo finishes with the US taking control of an assault drone to assist with the attack.

Start the game on Facebook and finish it on your phone.
"Our Vision is to connect every game you play across every platform you play it on".

There are more than 11 million people in the EA Football Club. The good news is that all stats will carry on to all other FIFA games. There will also be a FIFA app which will allow you to access your identity, friends,  auctions, and more.

The UFC exclusive partnership with EA will finally be able to bring the game worldwide. "This is the big one, finally: EA SPORTS"!

Need for Speed Most Wanted

"Become the most wanted".
Open world driving game in which players race, explore, and compete to become the most wanted.
Autolog is deeply integrating friends and competition into the core experience. Everything from speed, races, and jumps are calculated into your ranking on the Most Wanted list.

Gameplay demo features fast cars tearing their way through an abandoned city. As the race progresses, the open world aspect of the game becomes fairly evident. Destruction of the environment and other cars is beautiful.

Gameplay demo features what is obviously a visually stunning game. Prophet is tasked with destroying a dam surrounded by a city overgrown with vegetation. The normal powers are still available.