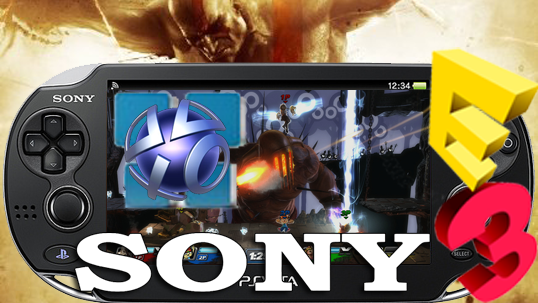 This is Sony's and the worlds 17th E3, and Sony would love to thank the Gamer's for their compassion. "Never Stop Playing".

"Death is the biggest mystery of mankind. What will happen after we die is something no one knows".
Jody "has always felt a link with non-physical entities". Beyond tells Jody's story over fifteen years of her life. The story will tell the story of her life, as she grows, through happy and difficult time, to shape who she is as a person.

Jody will be played by Ellen Paige.

Realtime preview of one of the first scenes of the game.

The facial animations and features are a large step up from Heavy Rain. Jody is being questioned by a local police officer at the department. Jody was found on the side of the road, the officer questions what happened and who she is. The coffee cup on the table begins to quiver before flying into the wall once the police officer noticed a scar on the pack of Jody's head. Jody quietly mumbles to herself, "I know, they're here".

The SWAT team breaks into the police station and begins moving towards Jody's room. The team freezes and aims into the room - end trailer.

"If you make the right decisions, maybe you will find out what is truly... Beyond".

Following the famous Michael toast, the beloved PlayStation characters decided that fighting each other would be a rather entertaining idea.

PlayStation All-Stars will be cross-play compatible with the PlayStation Vita and PS3. A live demo is given with two players on the PS3 and two on the Vita.

The point of the battles is to earn enough energy to use Supers. Supers earn your character points which are then used to earn kills. It appears to be the only way to earn kills, at least in the arena shown.

The Vita will become an enhanced controller for the PS3's LBP2. The DLC will also provide a new storymode and collectible goodies. It will also feature couch-co-op-splitscreen with both players having either the TV or Vita as a dedicated screen.

63 Free PS3 have been given away so far.
This month, PS+ members will be able to download: inFAMOUS 2, Little Big Planet 2, Saints Row 2, Virtua Fighter V, Just Cause 2, Choplifter HD, and six other great games for free.


PlayStation Classics on Vita and other Apps

This summer, PSClassics will be gaining support on the PSVita. Classics such as Tomb Raider and Final Fantasy will be supported.

Built from the ground up, featuring the first female assassin.

A monster single player campaign, a fully separate co-op campaign, and map-editor for multiplayer.
PS3 players will receive a free set of DLC.

Partnered with J.K. Rowling, the Book of Spells come to life as you read. The PlayStation Move becomes your wand as the story progresses.

PlayStation Suite Mobile and PlayStation Certified games will be coming to Android based tablets and phones.
HTC (hey, I just got their Windows Phone!) will be the first manufacturer of non-Sony branded PS Certified mobile devices.

Fifteen first party studios that put out the largest offering of first party titles, one of which is the famous God of War series. Ascension will be a prequel

Live gameplay demo of Kratos slicing and dicing his way through a few minotaurs. Battles are as gruesome as ever, at one point Kratos cut off the legs of a minotaur only to finish him off before he reached the ground.

A new technique is shown, resembling some sort of environmental time control. A collapsed tower is rebuilt and used to climb upwards. It appears that enemy weapons can be picked up and used in short bursts, so far Kratos has picked up an enemy spear and sword.

A new enemy, an elephant beast, greets Kratos atop another tower. My god, that was a brutal execution. Kratos cut open the enemies skull and tore its brain in half. Trailer ends with Kratos diving head first into a Kraken. If you love God of War, this appears to be another stellar game in the series.


The Last of Us

Two absolutely stunning games back to back. The Last of Us is being displayed by a gameplay demo.

Joel and Ellie make their way through the city ruins, across a flooded street, and into a worn down hotel. The wallpaper is peeling from the walls, windows are shattered, and doors are broken. Upon reaching the hotel roof, the pair are greeted by a group of thugs. Joel manages to take out the first enemy, in a very slow and painful execution. A few missed shots from our pistol and the rest of the thugs are hiding behind cover. Enemies truly react to your actions, whether it be firing off bullets or the click of your empty clip.

Moving quietly into another room, Joel is greeted by an enemy hidden behind the door. After a small struggle, Joel manages to get him into a headlock and use him as cover and a bargaining tool with the other thugs.

After the room was clear, Joel heard more enemies approaching from the floor below. The in-game menu system was then used to slowly construct a molotov that was used to ignite two enemies. A third enemy breaks into the room and tackles Joel, thankfully Ellie saves the day again by stabbing him in the back. The demo comes to an end with Joel head-shotting the final thug with a shotgun.

This game is suspenseful beyond belief, just watching I felt my heart racing in my chest. God of War is known for its gruesome content but The Last of Us is just as deadly, perhaps more so, as it is based upon reality. The humanity behind it all is what makes the game seem so appealing.

That is it for Sony's E3 2012 Press Conference. Well, what did you enjoy the most?

For me, I have to say Beyond and The Last of Us stole the show. Both of those games are truly stunning and unique.