The first trailer for Black Ops 2 made its way onto the web last night and we already have our first slew of details. If you missed the reveal, check it out! There is quite a bit of exciting information for Call of Duty fans and those skeptical of the copy and paste technique they have been using for quite a while. Black Ops 2 will be the first Call of Duty game to offer alternative endings, Strike Force mode aims to add re-playability to the single player campaign, and Zombies will be returning! For more information, continue after the break. 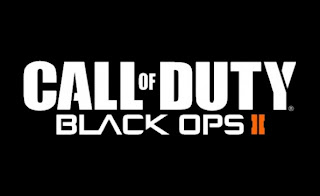 * The game's story will jump between two timelines, with the primary one set in 2025. "Most" of the game will be set in 2025.
* It is a direct sequel to Black Ops.
* We will find out definitively what happened at the end of Black Ops? Presumably, Mason didn't actually kill JFK, given that he's out in the field in Black Ops II. But who knows?
* The second timeline will be set in the late 80's near the end of the Cold War.
* The story will be narrated by Black Ops character Frank Woods, now an old man. Apparently he didn't die at the end of Black Ops after all.
* In the 80's timeline, players will take on the role of Black Ops protagonist Alex Mason.
* In 2025, players will take on the role of David Mason, who is the son of Alex Mason. The father/son relationship will play a part in the story. Hellodaddening of video games!
* In the game's fiction, there is a second Cold War happening between China and the US due to the scarcity of Rare Earth Elements used to make tech devices and military weapons.
* The story is based on a real-world possibility, as China (according to the folks at Treyarch) currently controls 95% of the rare earth elements in the world. Topical!
* Many of the real-world hooks are inspired by P.W. Singer's Wired for War: The Robotics Revolution and Conflict in the 21st Century.
* A good deal of the 1980's action will take place during proxy wars in Central America. Tropical!
* Game Director Dave Anthony hinted that we may find out more about "imaginary" Viktor Reznov." He was essentially a figment of the player's imagination," Anthony said.
"Or was he?" Studio Director Mark Lamia chimed in, playfully. "Will we find out more about that?" asked Anthony with a smirk.
* David Mason (the son)'s callsign is "Section." Which is kind of a cool callsign.
* The villain will be a man named Raul Martinez, who in 2025 is pitting the Chinese and US governments against each other by hacking into their drones and other robotic weapons.
* The 1980's missions will chronicle what started Martinez on setting his current-day plans in motion.
* The story is was written from the ground up by Dark Knight and Batman Begins co-writer David Goyer. Goyer joined the first Black Ops part of the way through. He wanted to "create a memorable villain" with Martinez.
* Martinez has hacked into the US's unmanned drones and unleashed an attack on Los Angeles. In the mission we saw, a fleet of drones were destroying buildings in downtown LA.
* There will be at least one female character in the game, a pilot named Anderson. She laid quite a bit of waste during the entire LA mission.
* The president in 2025 is also a woman, and appeared in the "Attack on LA" mission.
* David Mason's sidekick is a soldier named Nelson who appears to be played by Michael Rooker of Mall rats and The Walking Dead fame.
* The game will be using full-body performance capture to place its actors in the game; the tech demo I saw demonstrated both male and female actors captured with the sort of clarity we've come to expect from games using full-performance capture. James Woods will reprise his role as Frank Woods, of course.

* From what I saw in several demo sections set in a burning, futuristic LA, drones are controllable in combat and will play a large part in the game. Players have a drone-controller on their wrist in the game, and can use it to assign targets and waypoints.
* There will be horses, and horseback-riding, during at least one sequence in the 1980's. They even went so far as to bring a horse into the motion capture studio.
* At one point in the demo, the player jumped into a futuristic anti-aircraft gun and shot down enemy drones.
* Vehicle segments will be back, including one piloting a futuristic VTOL airship. Part of the VTOL mission was mostly on-rails, but the second part involved free-flying and dogfighting with drones.
* The Black Ops II story will be branching it will feature choices and variable outcomes. Wait, what? Yep.
* At one point, players had an option to either grab a sniper rifle and cover their squad, or rappel down to join up with them. Presumably that choice leads to a slightly different gameplay experience; this looks like one of the smaller of the choices offered in the game.
* A large part of the branching will be due to Strike Force, which is a brand-new game mode featuring tactical, open-ended gameplay in sandbox-style levels.

* Strike Force missions will be woven into the core single-player campaign, and will present themselves as various black ops missions available around the globe.
* Players won't be able to play all of the strike force missions in a single playthrough.
* Strike Force is currently only included in the campaign and isn't a separate mode. It won't allow for multiplayer but, at some point down the road, could be fleshed out. "Things like Zombies originally started as unlocks," said an Activision representative after we followed up to make sure. "We're not taking the option off the table."
* Depending on the outcome of a given strike force mission, the story will change. "You're going to choose a mission," said Lamia, "and that's a branch for the story. Say there's three missions out there?you're not going to go back and play all of them; the story goes on. If you die on a strike force mission, you die in the story."
* Going on that, it would seem that the playable characters don't feature in the Strike Force missions.
* Strike Force allows players to control squads of troops, giving follow/hold commands with the shoulder buttons.
* Strike Force also allows a zoomed-out command view via an unmanned aerial drone that lets you to set waypoints for your units to achieve shifting goals.
* Strike Force will allow you to control (at the very least) armed aerial drones, armed land-drones, and unarmed aerial drones in addition to being able to hop to the viewpoint of any of the soldiers in your squad.
* The strike force missions will unfold organically but will be written into the story. In that way, they'll function somewhat like a single-player version of the multiplayer in Mass Effect 3.
* I think I heard Keifer Sutherland voicing one of the squad members in Strike Force, but I'm not sure. Consider this a Keifer! Rumor!

* Multiplayer director David Vonderhart relayed that the new approach they are taking is "One size does not fit all." That means, he said, that there is no one way to play a Call of Duty game. So, they're pulling back features like create-a-class, killstreaks, and other features and reexamining them, challenging their assumptions of "what cows are sacred."
* Multiplayer will take place entirely in the year 2025; there will be no multiplayer missions set in the 80's. They are taking the E-sports community very seriously. In part, that means that they're focusing on making the game more fun to watch as a spectator. Hopefully that means super cute, colorful uniforms!
* Online Director Dan Bunting took us through a tech demo of the upgraded graphics; while lighting upgrades and tech aren't usually the most interesting topics, what they were showing looked great. As they put it, they are aiming for "PC quality graphics running at 60 FPS on a console." The illusion was quite convincing.
* We saw two unpopulated multiplayer maps: The first map we saw was a naturalistic map located in a village in Yemen.
* The second map was called "Aftermath" and was set in a ruined downtown LA, presumably after the drone-attack that we saw in the demo.

* Zombies will definitely be back in Black Ops II, and will feature all new modes that are more fleshed-out than ever.
* "There will be more zombies and more modes; just more."
* The zombies are "In the multiplayer engine." "If you think about all of the things we can do with our multiplayer engine," Lamia said, "You can start to think about how we might be looking at this." Okay then!
* Zombies are the only confirmed co-op aspect of Black Ops II. The campaign and strike-force modes do not appear to feature co-op.


Black Ops 2 is shaping up to be the similar change we've experienced from Call of Duty 3 to Modern Warfare. Fans and skeptics alike should keep an eye on this. But what do you think, are you excited for Black Ops 2?